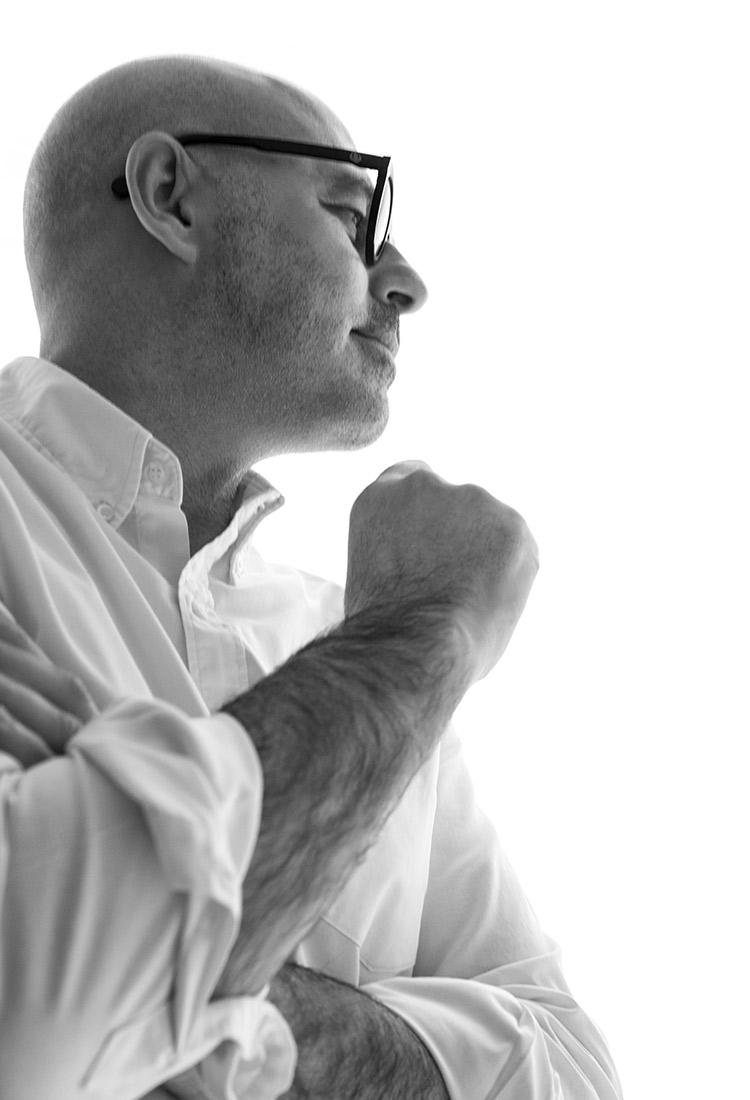 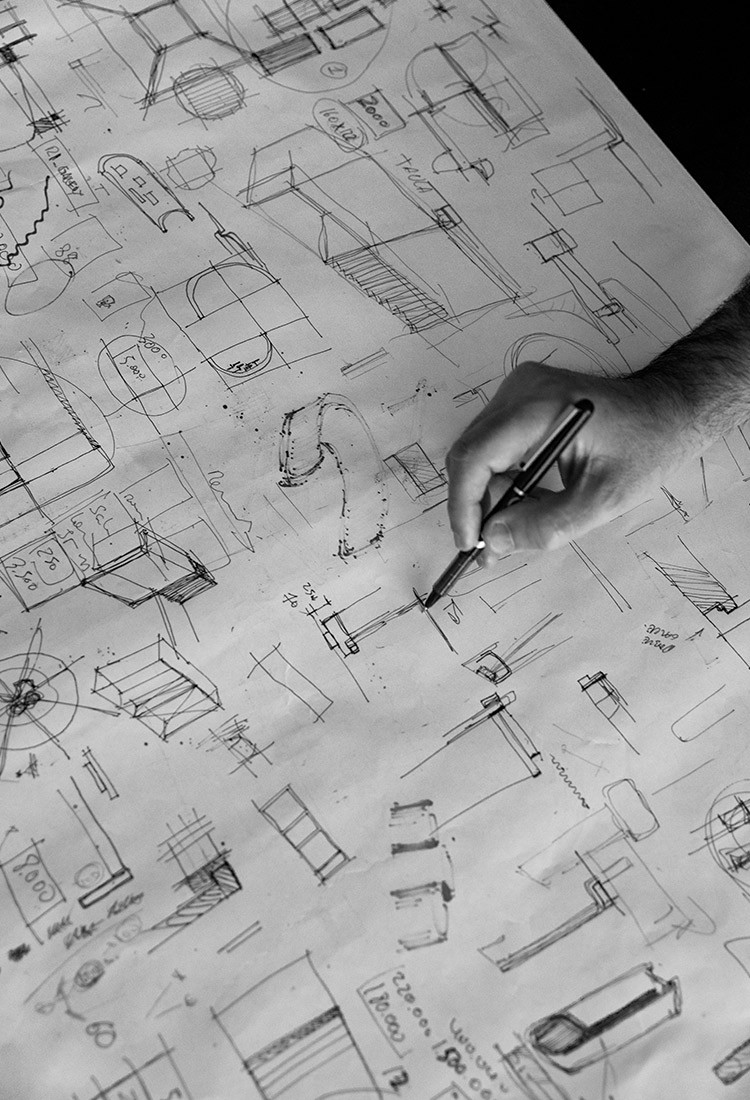 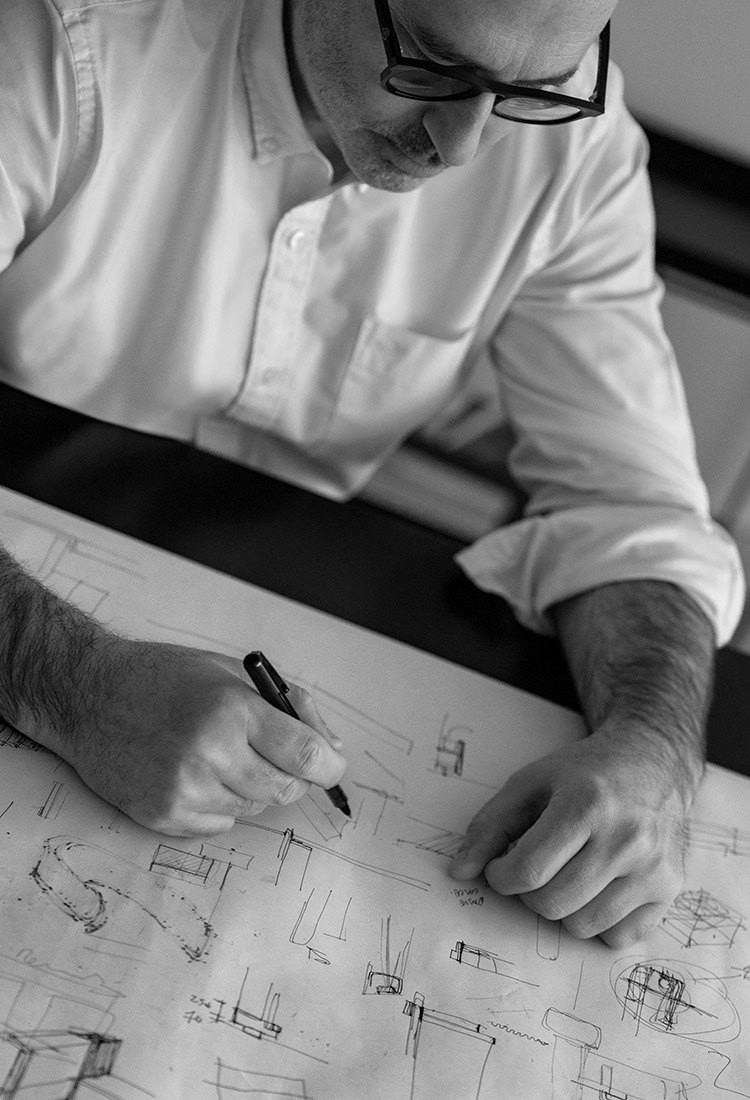 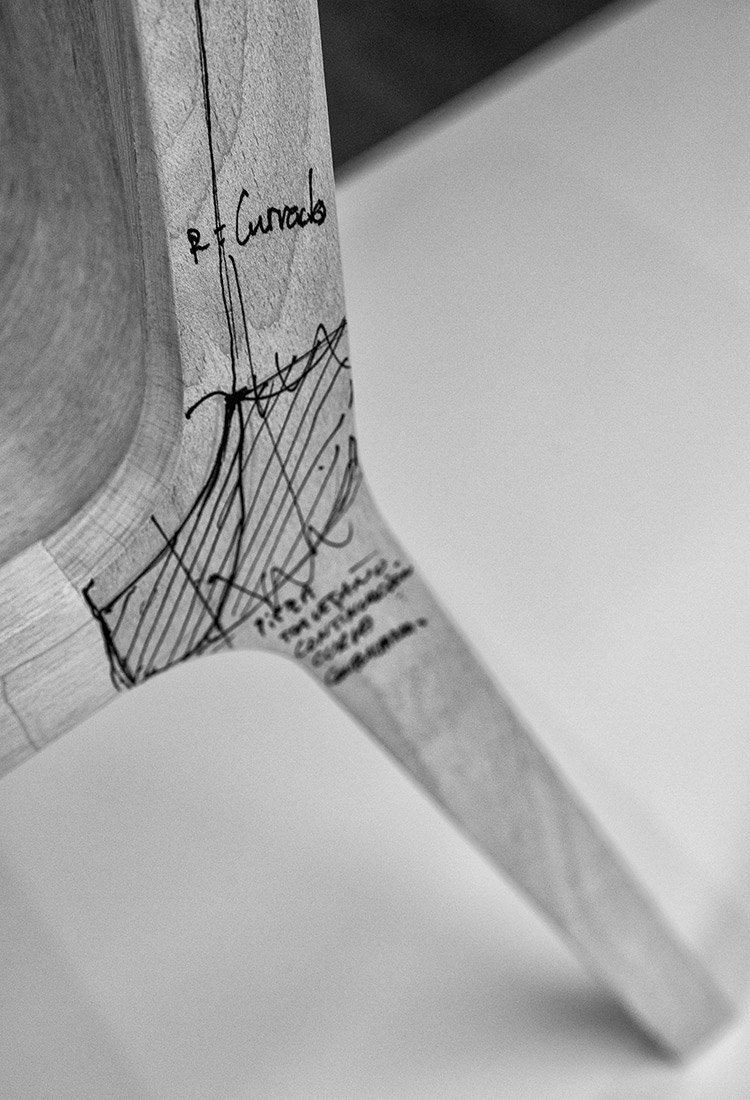 Interior and industrial designer, Francesc Rifé (Sant Sadurní d’Anoia, 1969) founded his own studio in Barcelona in 1994. Influenced by minimalism and following a familiar tradition linked to craftsmanship, his work focuses on ways of approaching material honesty, spatial order and geometric proportion.

Currently, he leads a team of professionals from several design fields. His projects, domestic and international, range from interior to industrial design, architecture, the creation of concepts, installations, graphics, and art direction. Throughout his career, Rifé has been awarded prizes from the field of design such as Contract World, Red Dot, ICFF Editors, HiP in Chicago, FAD, and several ASCER awards.

His work has been widely released in the general press as well as specialized publications and books worldwide. Also, there have been several published books that collect his most outstanding works. Currently, he works as well as leads workshops and conferences.

At RI HOUSE we use our own and third-party cookies for strictly functional purposes allowing browsing on the web, as well as for analytical purposes, to display general and personalized advertising, to optimize the web and to improve our services.
If you click on the "Accept All Cookies" button, we consider that you accept their use. You can change the configuration of the use of cookies by clicking on "Cookie settings" and if in doubt you can obtain more information in our Cookies Policy.
AcceptCookie settingsRead More
Manage consent

This website uses cookies to improve your experience while you navigate through the website. Out of these, the cookies that are categorized as necessary are stored on your browser as they are essential for the working of basic functionalities of the website. We also use third-party cookies that help us analyze and understand how you use this website. These cookies will be stored in your browser only with your consent. You also have the option to opt-out of these cookies. But opting out of some of these cookies may affect your browsing experience.
Necessary Always Enabled
Necessary cookies are absolutely essential for the website to function properly. These cookies ensure basic functionalities and security features of the website, anonymously.
Functional
Functional cookies help to perform certain functionalities like sharing the content of the website on social media platforms, collect feedbacks, and other third-party features.
Performance
Performance cookies are used to understand and analyze the key performance indexes of the website which helps in delivering a better user experience for the visitors.
Analytics
Analytical cookies are used to understand how visitors interact with the website. These cookies help provide information on metrics the number of visitors, bounce rate, traffic source, etc.
Advertisement
Advertisement cookies are used to provide visitors with relevant ads and marketing campaigns. These cookies track visitors across websites and collect information to provide customized ads.
Others
Other uncategorized cookies are those that are being analyzed and have not been classified into a category as yet.
SAVE & ACCEPT
Powered by